People always wanted to lower uncertainty to exchange value between each other, thanks to blockchain for the first time in history we can lower uncertainty not with political corporations, or governments, but using technology only. Blockchain is changing the world and is one of the trendiest words in technology, but many spaces are still on early stage. But let me explain you why the future world will be decentralised, and why if your nanny will be tokenized it will be more secure than any institution certificate.

According to the original version presented by Satoshi Nakamoto in 2008, blockchain is the concept of a decentralised, distributed and synchronised database in which the operation is based on the principles defined in a publicly available and open source protocol and in which participation is not limited in any way. As a solution to depart from the often abused paradigm of centralisation (contributing to minimising information asymmetry between unknown entities), blockchain not only makes it possible to improve security and efficiency in relation to numerous and widely known business processes, but also above all it inspires new solutions and innovative business models.

Blockchain technology, as a variant of distributed ledger technology, is an innovative database concept that is not stored or distributed from a central server, but is a network of equivalent replicas owned by all interested participants of the system. It combines the latest achievements in the field of cryptography with the assumptions of reverse game theory, or more precisely the theory of a design mechanism proposing a solution under which entities are able to obtain compliance as to records, without the need for central monitoring or management. It is possible thanks to a built-in system of incentives (consensus mechanism) constructed in such a way that individuals striving to maximise their own utility should act in a way that maximises the utility of the entire system.

When any somewhat experienced developer begins to learn a new language, the first set of questions that pop out are about the specifications. A quick description of Python features will satisfy such questions before they are asked:

“Blockchain technology is rapidly gaining traction, but according to a Global Blockchain Business Council survey reported in Cointelegraph, the majority of senior executives (63%) still don’t know what it is or why it matters.”

So why it can be useful in general?

Much Less Failure: As last Facebook and Instagram failure was commented: “Bitcoin and other blockchains always work”. And that is true. Everything in the blockchain is well organised and doesn’t depend on human calculations.

User Control: No main boss with decentralisation, users now have control over their properties. No one has to rely on any third party to maintain assets. All of them can do it simultaneously by themselves.

Less Prone to Breakdown: As decentralisation is one of the key features of blockchain technology, it can survive any malicious attack. This is because attacking the system is more expensive for hackers and not an easy solution. So, it’s less likely to breakdown.

No Third-Party: The decentralised nature of the technology means the system doesn’t rely on third-party companies. No third-party, no added risk, and lower costs of course.

Zero Scams: As the system runs on algorithms, there is no chance for people to scam you out of anything. No one can utilise blockchain for their personal gains.

What ideas come to mind?

There are already plenty of interesting projects to help us improve the world.

E-voting – Have you ever thought what the cost of an election is. Thanks to blockchain we can easily process the voting, it is not possible to hack or change a vote, and the voting transactions can go very fast online, and with low cost. There are already a number of projects which are building dedicated protocols for this utility. Likely, governments will be the last institution to embrace blockchain technology 🙂

Tokenization – Why many of your children should be tokenized asap.
For now, we are at the level of beginning tokenizing everything. People in the market have been talking about this for 4-5 years, and now it has really started.

Non-Fungible Tokens are perhaps currently the most exciting development in crypto.  Many companies, artists, and well-known people who were till now only just observers, thanks to NFT are going into the market, taking the role of investors and as token creators as well.

NFTs are sometimes called digital artwork — they are representation of identity and verifiable proof of ownership of what is stored on blockchain or give the possibility to unlock access to exclusive experiences or goods.

You know the problem of art forgeries, currently a lot of art is digitalised, but when we put those into blockchain, where everybody in the network can confirm that you are the owner and no one can change, you reduce this problem to zero. You probably heard about the exhibition of purebred cats and what prices some of them reached. The project CryptoKitties is a digital market for unique cats, and the price for one was USD 117712. You can say that it is crazy, but you cannot stop it, there will be many more crazy ideas and digital markets like this. There are so many factors that contribute to an NFT value, it can be attributed to immutable ownership, digital scarcity and smart-contract-based governance. No matter how much time passes, an NFT’s history can be authenticated and it can not be copied. Their supplementary value lies in their ability to be utilised across applications and frictionless transfer through a secondary market. As barriers between content creators and their audience no longer exist, NFTs can disintermediate media platforms which are able to monetise content at their discretion. This can further empower the creator economy.

You probably heard that Twitter lets users pay tips in crypto, which makes it quick, easy and cheap, and will provide us the next Facebook plan based on blockchain, where every like has value, and the next stage where it will be directly estimated using cryptocurrencies. It may sound strange, but we already do it. You can buy likes and followers on the market now, so by adding blockchain to social media, we add transparency, and the possibility to monetise your creative content, and without fakes.

There are some already built projects which help us use smart contracts to bet if tomorrow will rain or not, and you don’t need any other institution to do it. Even thanks to the mentioned NFT you bet with reality, the trends that will be needed, especially the potential in the gaming industry, thanks to blockchain it will be possible to “invest” in virtual rare goods, or in talented teams.

“Defi can do for the finance world what the internet did for television.”

“By the end of June 2021, 2.91 million unique Ethereum addresses had interacted with at least one DeFi protocol, representing a 65% growth from the previous quarter. As community driven education, simple user interfaces, appealing yields, and general awareness around DeFi best practices increased throughout the quarter, so too did the number of new addresses,” the report read.

DeFi is concept of financial smart contracts, decentralised applications (DApps), and protocols that are based on ethereum, the second-highest market cap except bitcoin. Some of the better-known DeFi platforms include decentralised exchanges, lending and borrowing markets also tokenized physical assets such as gold. It has even expanded to include other financial services such as payment networks insurance and derivatives.

Some of the most important DeFi elements:

So Defi applications you can already use are secure against human errors, bad management, you can check the smart contract, and once it’s deployed to the network it works by itself. It’s also fully transparent. Smart contracts are open source, so the rules are clear, no hidden costs, or hidden points in the documents. Additionally, it is much more comfortable for users as it works 24/7 365 days a year, no weekends or days off, you can make your financial decision anytime, anywhere. No middlemen, more efficient, very fast, and usually cheap.

Some people are saying cryptocurrencies are already expensive, but once you look deeper into the ecosystem on which it is built, and how many projects and concept ideas are currently in the process of being built, you will see that it cannot be the end, but just the early stage for decentralisation of many sectors of life. 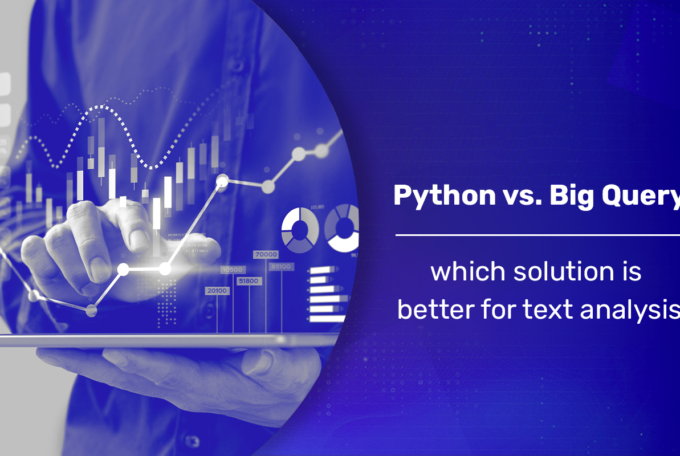 Python vs. Big Query – which solution is better for text analysis 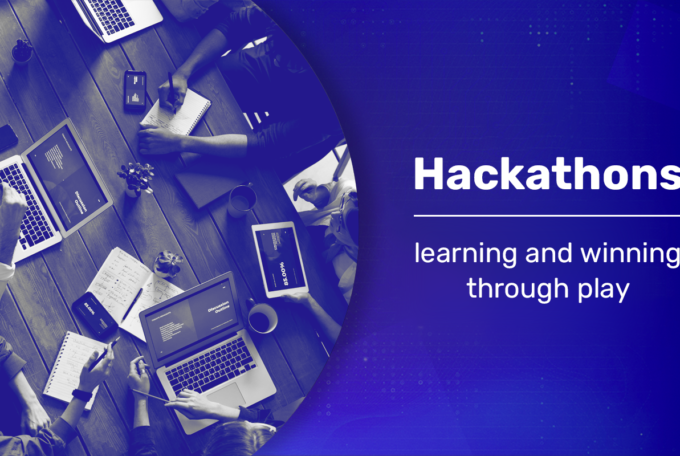 Hackathons – learning and winning through play

Girl Power – Spread your wings in IT 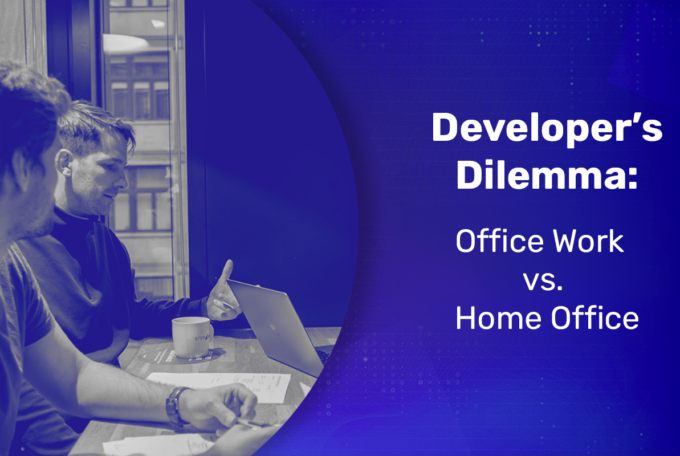