Flutter is not slowing down 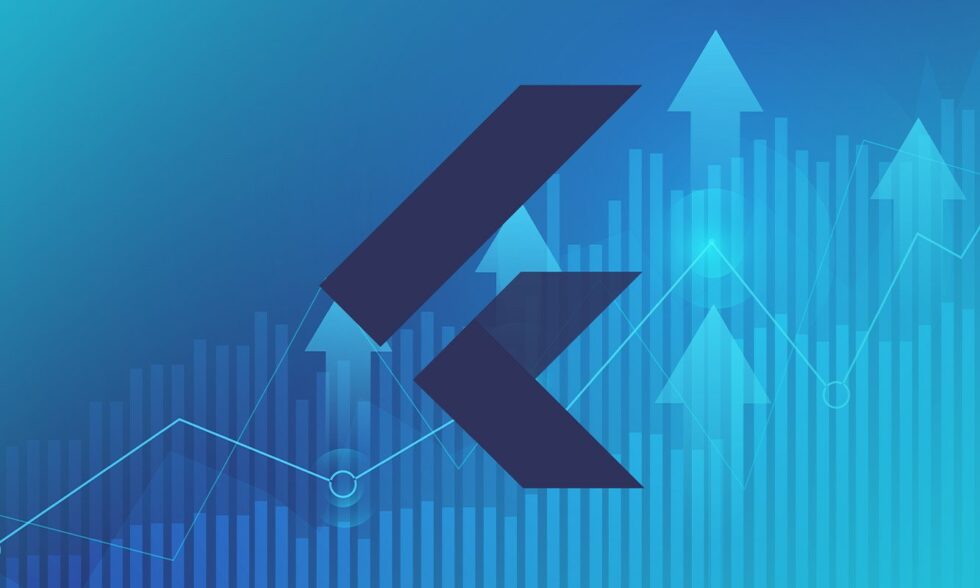 Mobile dominates the Internet. From year to year, more and more Internet users use smart phones, which is why native mobile applications in many industries have become one of the main directions of development. Do you want to create great mobile applications in a short time and for multiple operating systems at the same time? Flutter is a solution that surely is interesting.
It hasn’t been long since the official launch of Flutter, and this Google tool has already earned good reputation and has become one of the most popular technological solutions for creating effective cross-platform mobile applications. At the end of 2019, Flutter was ranked 3rd among the most popular open source repositories and 2nd in the number of co-authors of open source projects.
Of course, Google itself uses Flutter to create its own applications. However, many other well-known companies such as Ebay, BMW and Alibaba Group have chosen this solution. Why is Flutter so special?

Flutter is a widget-based framework for creating native applications for mobile devices, websites and computers (the most developed functions are for mobile applications).
Flutter allows you to simultaneously create Android and iOS applications using a single encoding language, which is Dart. Dart is a modern, concise, object-oriented programming language, created by Google and released in 2011. Dart is easy to learn from scratch. If you’ve already programmed in Java or Swift, you can learn it even faster.
Flutter is a development software officially presented in 2018 by Google as freely available open source. Like many applications of this company, this one has become a revolutionary solution on a global scale.

As a UI toolkit, Flutter allows you to create beautiful and efficient applications dedicated to many different systems at the same time. Of course, there are similar solutions on the market (for example React Native). However, what distinguishes Flutter from the competition is primarily the programming speed, brilliant visual effect of the application and very high performance.
Software development in Flutter is mostly based on widgets. Widgets are all elements of a system theme that (like classes) describe how the final interface of the application should look like. The widgets in Flutter can be texts, images and more complex elements. They can be easily composed, combined and embedded inside each other, without the need to assign attributes. This greatly speeds up the software development process.
Applications created in Flutter run on a virtual machine, which allows for instant loading of changes, without the need to fully compile the entire program. When making changes to a selected widget (e.g. when user clicks it), the framework compares them with the previous version and updates those parts in the base rendering tree that are necessary to obtain the desired effect.
Flutter does not rely on the system components of native applications. Instead, it embeds a container where the structure and appearance of the user interface are described. This model and the use of Skia graphics engine allow you to maintain full control over individual parts of the application and create consistent interfaces for various systems, independent of platform updates.
Flutter has not slowed down since its beginnings. It presents new solutions, extends functionalities and offers better and better support in creating applications for various systems and devices. Learn about the most important advantages and disadvantages of Flutter and decide for yourself if this tool is what you are looking for. 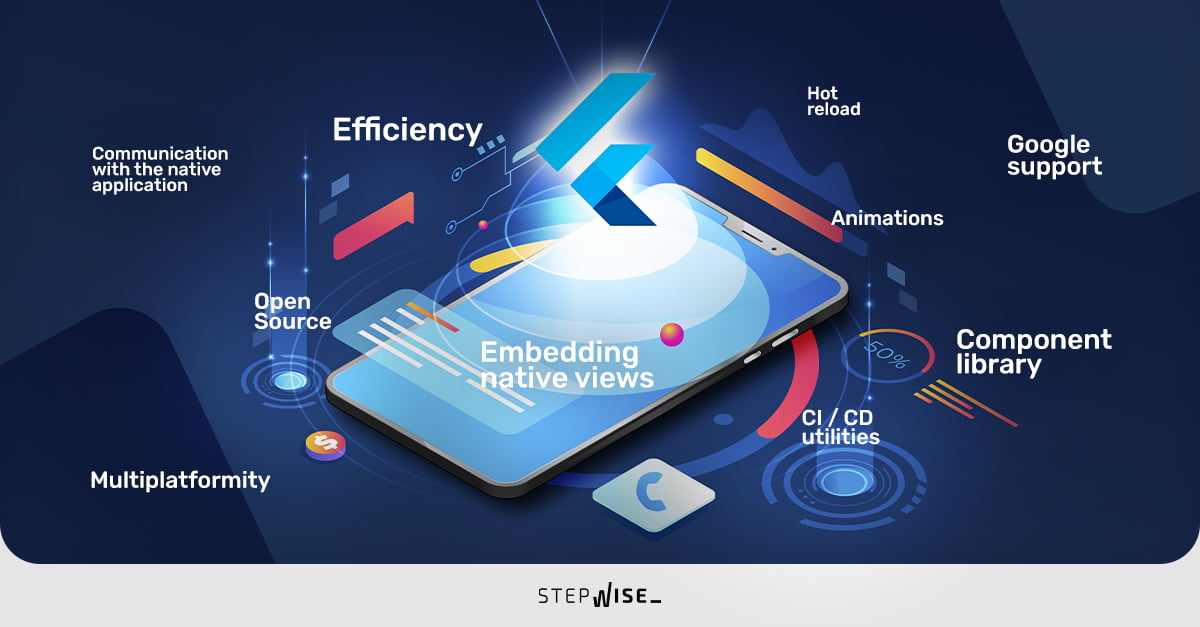 In Flutter you code using Dart language. It is a simple and modern, statically typed, object-oriented language. Once you get the hang of how it works, coding in it can be very enjoyable. The widget-based design system also influences application development speed. Widgets can be combined with each other very flexibly, creating unique and consistent UI interfaces for different platforms, with significant time savings.

Flutter’s amazing Hot Reload feature is closely related to programming speed, but it definitely deserves a separate mention. Rapid reboot of the system allows you to quickly and easily check user interface. This allows you to add and change functions faster and fix bugs more efficiently.

The layered architecture of Flutter allows you to create transparent and flexible projects at an express pace. There are many Material Design and Cupertino (iOS style) widgets at your disposal, as well as the ability to connect APIs between iOS and Android platforms. Flutter does not limit programmers. If you want really unique results, you can also successfully use languages such as Kotlin or Swift.

The UI view rendering in Flutter is done with the help of Skia engine. This results in very high performance. When making changes to a selected widget (e.g. when user clicks it), the framework compares them with the previous version and updates those parts in the base rendering tree that are necessary to transition from one state to the other. This significantly speeds up the application operation.

Google makes Flutter open source. The software is constantly developed by the community. This way the tool dynamically increases its technological and business potential. Moreover, despite the open source distribution, Google strongly supports this technology, consistently updating the framework.

Applications created in Flutter are separated from all native components of operating systems. Even if Android or iOS updates its controls, your app will retain its appearance and functionality.

Flutter offers many interesting solutions that allow you to create a great application. You can choose from many functionalities very similar to those we know from native Android or iOS applications (e.g. camera connection, GPS location or access to contacts). If you like a specific solution, you can implement it in an application created on Flutter.

The community continues to develop Flutter. This is a huge advantage, but it also has some shortcomings. For example, a novice programmer may come across a plugin that has bugs. However, any experienced specialist can easily check whether the finished solution can be safely used in the project.

Some solutions may negatively affect performance

Such solutions may be embedding native views from Android or iOS as a widget in the application in Flutter. It is possible and you don’t have to wait for Flutter to release the official version of such items. The use of this solution also results in lower performance and less smooth operation of the application.

The cost of learning a new language

If you haven’t used Flutter before, the downside might be learning to code in the new Dart language. Although it is quite simple and does not take long to learn, working in a new environment may prove a bit difficult and time-consuming at first.

Dart is not enough to use its full potential

Flutter is based on Dart language. In order to use the full potential of this tool and create truly complex systems, it may be necessary to use help of a specialist in creating applications individually for both Android and iOS systems.

Web service at a very early stage of development

Flutter, apart from mobile platforms, offers the possibility of building a web application (only on the beta and development channel). However, the usefulness of this solution is unfortunately significantly limited compared to the application created from the very beginning with the web environment in mind. However, it remains a great choice in a situation where we need a quick presentation of a prototype or MVP.

If you need an express cross-platform creation of beautiful native applications, this solution is perfect. You learned about the advantages and disadvantages of Flutter. The number of advantages definitely wins in this comparison. There is no system without flaws and we managed to find a few in this case as well. All these disadvantages, however, disappear in cooperation with a reliable software house.
Flutter SDK has gained immense popularity in recent years and is not slowing down. More and more significant companies are using it, and everything indicates that it will surprise us more than once. 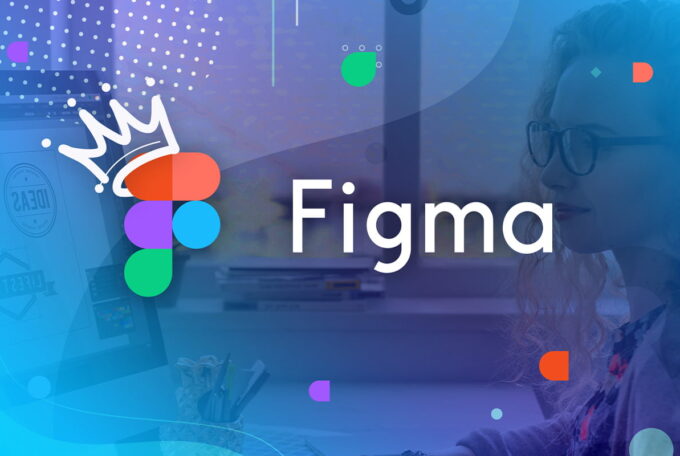 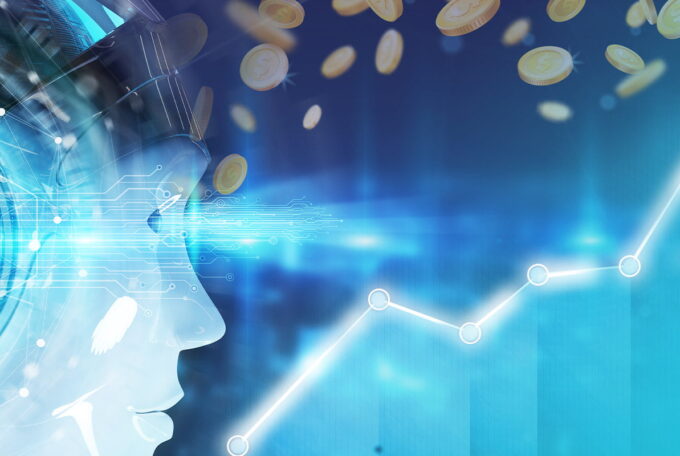 How Machine Learning Benefits Your Business? 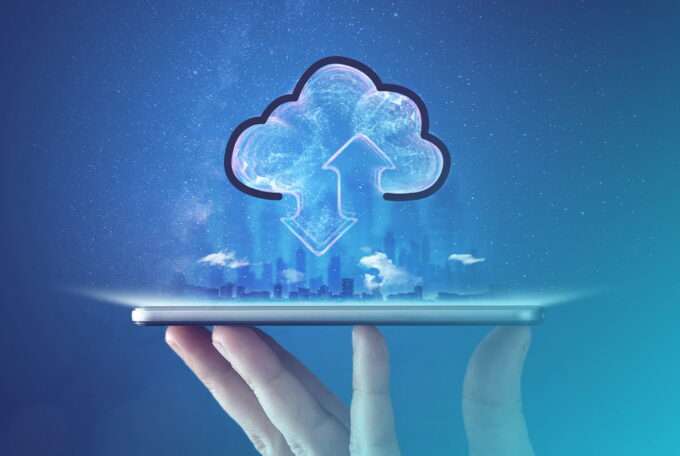 What Is Cloud-Native All About?